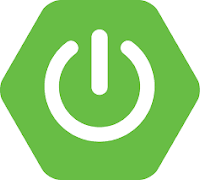 and this post is about using and adding docker to these apps to make it easier to deploy and share.

Disclaimer: this is not by any means a best practice article, but was more of a hands on way to learn more about Docker work flow and challenges that one may face.

I was testing this process on amazon micro instance and these are the steps I followed:


1- add docker file (point to a built jar for now)

this docker file is simple
it:
- gets a jdk image
- copies our pre built jar from the build output directory
- starts the jar (which is a spring boot jar that starts an embedded web server)

to understand the details of the docker file contents, see:
reference: https://spring.io/guides/gs/spring-boot-docker/

https://magescale.com/installing-docker-docker-compose-on-aws-linux-ami/
Docker compose helps in building and running multiple containers in one command
so in my case I needed to run my spring boot jar and have it connected to a mongo db instance (also hosted in docker container)

3- add docker-compose to include mongo db

this  in the following order :
1- prepares and runs a container for mongo by using the mongo image
2- mount a real path to the container path  to persist the db data.
3- builds a container from a Dockerfile located in the same directory.
4- expose this api on container port: 8080

you may find people adding a 'link' key to the docker compose (or when they run the container).
http://www.littlebigextra.com/how-to-connect-to-spring-boot-rest-service-to-mongo-db-in-docker/

but that is an older way to do it. in my example I'm utilizing the docker network created by default when you run a compose file and in that case you can connect to containers by their name out of the box
https://dev-pages.info/how-to-run-spring-boot-and-mongodb-in-docker-container/

so in summary for the backend project I did:

1- create docker file to run the spring boot based on a jdk image
2- create a docker compose to spin a mongo container and run the Dockerfile from step 1
3- run the commands in following sequence:
a) build the jar (the -x to not execute): ./gradlew build -x test
b) docker-compose build, builds the images
c) docker-compose up, runs the containers

the three steps above is what you do in case you change your code and want to re/deploy it somewhere.

seems straight forward but i faced few issues to boil down to these and learn my mistakes.


Notes/hints related to this part:

- docker-compose up :
doesn't rebuild the containers (in case you change code or Dockerfile), if you change something in the jar, it won't update automatically

- to access the api from browser/rest client remotely I had to use :

was not enough to publicly access the docker containers but can be enough for local communications of containers on same docker network.

- There is a gradle & maven plugin to automate the docker image build & push to docker hub as part of your build steps which is more practical solution.
and saves you from having to build the code at the host machine as I had to do. i just opted-out from doing it to keep things simple
https://www.callicoder.com/spring-boot-docker-example/#automating-the-docker-image-creation-and-publishing-using-dockerfile-maven-plugin