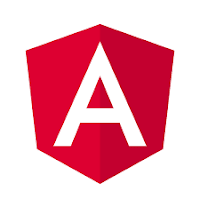 here is the files I'll be explaining to achive this:
.

because the image we need to build the angular app requires alot of dependencies that are not needed to run the app.

in the first part of the docker file:
- it starts based on a node image
- prepares the app directory
- copies package.json from the source code directory to the docker container directory
- executes npm install which will install all node dependencies.
- install angular cli globally (version 6)
- copy everything from the root directory to the 'app' directory we created before
- execute ng build to get the compiled app code that will be served by a web server
note that for this step I'm specifying the build environment, which is passed as an arg to the dockerfile
this command used to be : ng build --env=$build_env .. but in angular 6 got changed.

The reason we build the app is because the ng serve is good for local  development use only.
it's not good and it didn't seem to work to accept remote requests over the network
and in my case I wanted to use docker to make it faster to deploy the app on different environments not to develop there so I went with the choice to build the app.
The reason I pass the environment is to specify for angular which environment.ts file to be used because I wanted to be able to debug this build if needed, and not have production build where it's harder to debug.

2nd part / stage :
-we start off an official nginx image
-copy the output from first image build to the html directory of nginx container (the path for the html directory is provided by the image itself)
- copy our custom nginx configs to overwrite default configs
[ the reason for this is to proxy our api calls from angular through nginx to the boot REST api container to avoid allowing CORS (Cross Origin Requests).. note that I used the IP of the instance to get the requests to the boot container on port 8080 ]
- expose port 8008 from this container to the outer world network
- start nginx


Things worth noting:
* while building the angular app it was throwing disk out of space error.. this is due to the huge size of the node_modules directory, and because docker doesn't clean up images between part 1 & 2